Whew, it’s been a busy week at the hotel. Aside from work on the chocolate Easter eggs, it seems like everyone and their mother is requesting a special amenity, dessert, or cake! Needless to say, I haven’t had a lot of time at home to get a post out, which means this week we’ll take a quick peek at my Easter eggs for 2018.

The first year I can remember making eggs as a series was 2012 or 2013. At the time I was an instructor at the French Pastry School and put a few themed eggs together as a little side project. I was happy with the result and more happy with the process, and a new tradition was born. There has a never been an overall theme to the eggs I make, other than the fact that they’re eggs. Instead, I like to treat each egg as its own separate piece, which gives me a lot of freedom to explore ideas.

This year we have expanded our Easter brunch offerings, which means less room for my little sculptures. I’ve only made three of the “small” eggs (each egg is 11”/28cm plus whatever height is added from a base or decoration), but just because there’s less to go around doesn’t mean I’ve put any less care into them.

In past behind the scenes posts on my chocolate sculptures, I’ve gone into pretty good detail about the design process. I start with a sketch or sketches, which I’ll often mull over for weeks (or in extreme cases, years), and then depending on the sculpture I’ll make blueprints or get crackin’ with the work. Below are my eggs for 2018 with a little something about each one and why I did what I did. Enjoy! 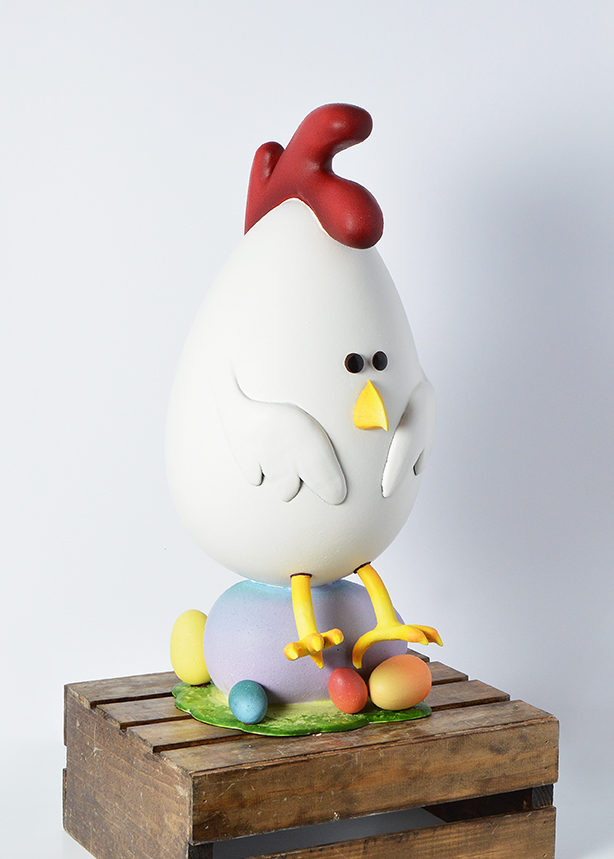 Last year I made a bunny egg and people liked it so much I figured he needed a pal. I guess you could call cluck the chicken version of the cute egg-turned-animal theme.

The egg that makes Cluck’s body is hollow, about ¾”/2cm thick. The egg he sits on is solid to give the piece stability. I created his coxcomb by first building a little mold out of cardboard that approximated the shape I wanted. After filling the mold with chocolate and letting it set, I carved the chocolate to smooth all of the edges.

His wings, beak, and feet were made using the technique I love so much of blending chocolate until it forms a dough, similar to clay. His eyes were made using a bonbon mold. I sprayed black cocoa butter into the mold and then cast a small amount of chocolate. When the chocolate was removed, it picked up the black color and some shine from the mold. All of the small eggs are solid and made from eggs molds. 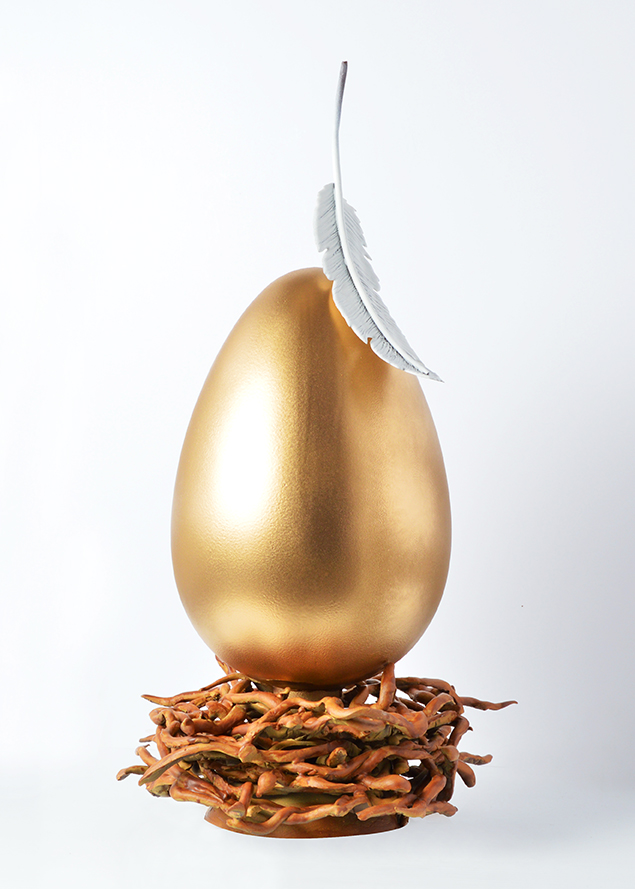 As you’ve probably guessed, this egg was inspired by the fairy tale of The Goose That Laid Golden Eggs. This past Christmas, I made a golden reindeer, and I was so pleased with the technique of applying gold dust that I wanted to use it again.

The feather was created by simply piping tempered chocolate onto a thin plastic sheet in the approximate shape of a feather, then drawing the shape out with a toothpick and letting it set on a curved form. As the chocolate began to set but was still soft enough to easily cut into, I gently scratched the feather texture into it.

The nest was made piece by piece. I piped lots and lots of chocolate twigs and then simply (though slowly) glued them together. There are some things in nature that can’t be replicated in chocolate with a shortcut, and I’ve found bird’s nests to be in this category.

For the gold color, I simply sprayed the egg with gold cocoa butter, and while it was still wet I applied the gold dust. 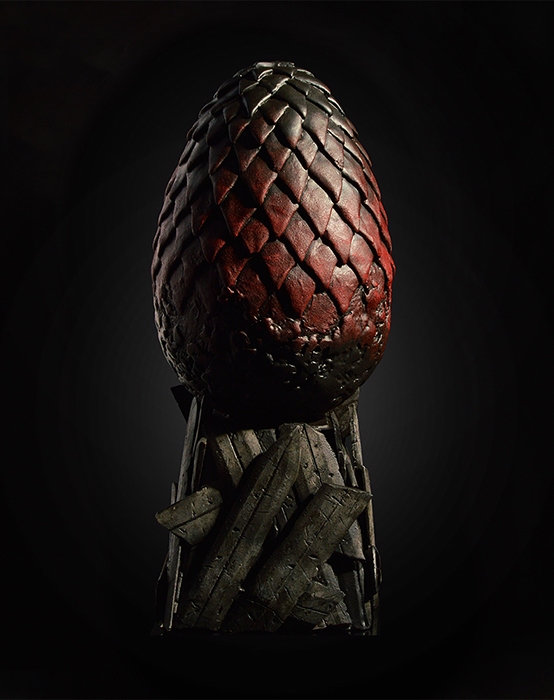 My favorite Easter egg this season, and likely the fan favorite too, is my Game of Thrones inspired dragon egg. I can’t believe it didn’t occur to me to make this thing sooner, but better late than never, and fitting that the last season of the show is approaching (yes. I am a fan.).

First and foremost, I wanted to do my best to make this egg accurate to the show (for those interested this egg is Drogon). That being said, super fans out there will surely find plenty of faults to which I say: “find a better use of your time.” The truth of the matter is that had I made a completely accurate version of the dragon egg from the show, it wouldn’t be very interesting to look at, so I took a little liberty in coloring.

This egg is thicker than the other two, though still hollow, because I knew I would have to do a lot of modeling onto the egg, which requires a lot of pressure on the surface of the egg. A thin shell could easily break. Each scale is hand made and applied, again using the chocolate dough technique. Eggs with patterns are always a little tricky since the egg is conical and tapers. The scales had to be adjusted in size as I worked toward the top of the egg so that the alternating pattern would work. After a base coat of black cocoa butter, I applied layers of dark red cocoa butter using a sponge. 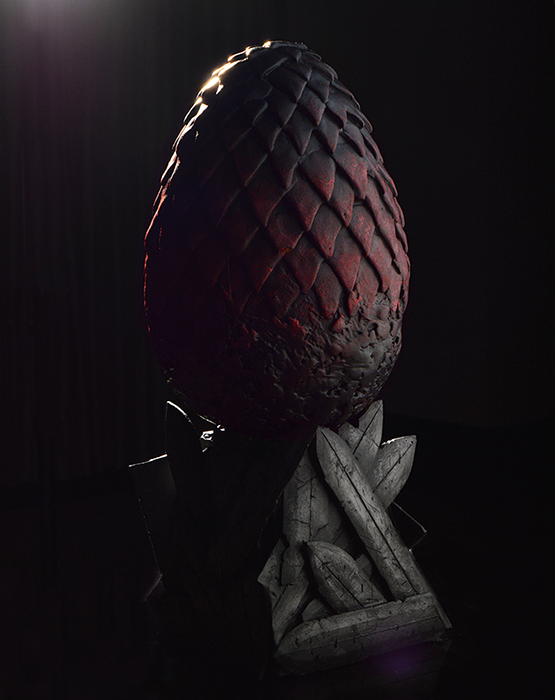 The process of making a chocolate Easter egg really isn’t too difficult with some practice, and the possibilities of what you can create are almost limitless. I hope some of you out there will give it a try!